skip to main | skip to sidebar

Is Cooking in a Microwave Dangerous or Unhealthy? 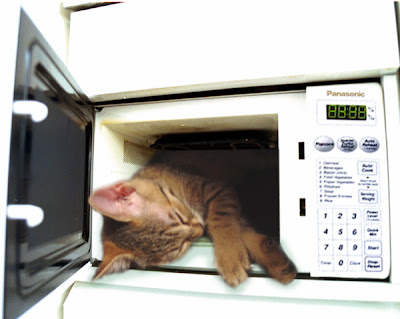 This is a myth I put to rest in 1977. Luckily my late sister was a nurse at Presbyterian University Hospital in Pittsburgh, Pennsylvania. She had access to some of the best medical minds in the country. I asked her point blank about microwaves and she told me, based on evidence, the truth. I believe in FACTS. Peer reviewed. But if you have faith, you don't need facts. I also had my own group of experts. My teachers. What few people know is my background is not in Exercise Physiology, or Nutrition, or Theatrical Technology. I have a degree in Electronics. Most of my teachers had extensive experience with Microwaves and explained the physics to me with peer reviewed FACTS.

"Although you may think that microwaving is an "easy-way-out," using a microwave to cook your food has its nutritional benefits. More vitamins and minerals are retained with microwave cooking than with many other methods of cooking. This is because microwave cooking requires a shorter cooking time, covered cooking and little to no water. Too much water, surface exposure and overcooking can rob foods of nutrients."
-- Yale-New Haven Hospital

According to the American Institute for Cancer Research comprehensive report on diet and its relationship to cancer prevention (titled, "Food, Nutrition, Physical Activity and the Prevention of Cancer")... whose recommendations were created by a panel of 21 renowned researchers and peer-reviewed by additional researchers:

"Microwaves are a form of electromagnetic radiation. They cause vibration of water molecules, which produces heat. There is no evidence that microwaves have any specific effect on food composition beyond that of heat."

On a more entertaining note is this article by Brian Dunning.

Death in Your Kitchen: Microwave Ovens

Today we're going to walk on the wild side and eat some microwaved food. You've never really lived until you've lived dangerously, so let's put our lives on the line by testing the claims that microwaved food and water are toxic.

First, a little background info. Microwave ovens work by passing microwave-band electromagnetic radiation over the food at 2.5 GHz. Molecules that are electric dipoles, of which water is the most efficient, rotate back and forth in this field. The friction between them creates heat. This is called dielectric heating. More complex molecules, which are not as clearly dipolar, are not affected. It's an efficient and clean way to heat food.

I first learned about the claims of danger from a chain email sent by a friend of mine who tends to believe anything that's anti-establishment or on the fringe. A few Internet searches of some keywords reveal a huge number of holistic, organic, and other alternative web sites repeating these same claims. Just to give you a flavor of how far-out these stories are, give a listen to this list of "Ten Reasons to Throw Out Your Microwave Oven". As I read these off, notice that not one of them makes a specific or testable claim; they are all merely scary sentences constructed using scientific sounding words. And, as you can tell from the brief description of how microwaves work, few of these have any remote connection to fact:

1. Continually eating food processed from a microwave oven causes long term — permanent — brain damage by "shorting out" electrical impulses in the brain, de-polarizing or de-magnetizing the brain tissue.
2. The human body cannot metabolize the unknown byproducts created in microwaved food.
3. Male and female hormone production is shut down and/or altered by continually eating microwaved foods.
4. The effects of microwaved food by-products are permanent within the human body.
5. Minerals, vitamins, and nutrients of all microwaved food is reduced or altered so that the human body gets little or no benefit, or the human body absorbs altered compounds that cannot be broken down.
6. The minerals in vegetables are altered into cancerous free radicals when cooked in microwave ovens.
7. Microwaved foods cause stomach and intestinal cancer tumors. This may explain the rapidly increased rate of colon cancer in America.
8. The prolonged eating of microwaved foods causes cancerous cells to increase in human blood.
9. Continual ingestion of microwaved food causes immune system deficiencies through lymph gland and blood serum alterations.
10. Eating microwaved food causes loss of memory, concentration, emotional instability, and a decrease of intelligence.

One clue that might encourage you to regard these claims with some skepticism is that fact that ever since microwave ovens came on the market in 1954, not one person has ever exhibited a single symptom of any illness resulting from having eaten microwaved food, or from having used water that had been microwaved. Burns are the exception, but burns are caused by heat from any source; that's not unique to microwaves. But if you believe the claims by the anti-microwave fringe, whom I call the Microwave Militia, practically everyone on the planet should be gravely ill with cancer, radiation poisoning, malnutrition, and mental retardation.

The same chain email, and many of these web sites, also state that giving a plant water that has been microwaved will kill it. There is even a series of unsourced photographs of two plants, one of which withers and dies while its sibling flourishes. The awesome web site Snopes.com tested this particular claim. They took three plants of each of several types, and watered one with tap water, one with water that had been boiled over a stove, and the third with water that had been boiled in a microwave. Unlike whoever took the pictures that often accompany the chain email, Snopes actually controlled for other variables. I'm sure you won't have to stretch your imagination very far to guess how the plants did. They all did exactly the same. Snopes has complete details and photographs on their web site. Somehow these plants managed to escape the guaranteed death sentence that believers say microwaved water carries.

This whole paranoid suggestion is based on the presumption that a microwave oven somehow changes or poisons water. If true, wouldn't you be able to perform some kind of a test on water, and see if it has ever been microwaved? Water is H2O, whether it's ever been microwaved or not. But here's an even deal for you. If you truly believe that H2O carries some permanent damage as a result of being microwaved, and that it's possible to detect this damage through any means you choose, there's a million dollars in it for you. As you may know, the Skeptoid podcast is a qualifying media outlet for the James Randi Educational Foundation's Million Dollar Paranormal Challenge. I'll walk it through for you and I'll become your biggest cheerleader. Are microwaves really a danger to humanity? If so, it would be immoral for you to do anything else but take that million dollars and use it to educate and save the world.

Probably the most flagrant error that the Microwave Militia propagates is that microwaved food or water contains what they call "radiolytic compounds" — new chemicals created by the tearing apart of molecules in a microwave. These new chemicals are said to be dangerous, cancerous, radioactive, unnatural, or otherwise harmful. This is a demonstrably false claim. Radiolysis, which is a real process and which the Militia believes creates these radiolytic compounds, is the process by which molecules are dissociated under ionizing radiation. Water can be dissociated under ionizing alpha particle bombardment, which is a natural process. Microwave radiation, as mentioned earlier, is not ionizing radiation. It is thus scientifically incapable of causing radiolysis. The differences between microwave radiation and alpha radiation are huge. With the claim that microwaves cause dissociation of water molecules, the Microwave Militia is either deliberately lying, or they are grossly ignorant of the very subject on which they claim superior expertise.

Swiss vegetarianism advocate Dr. Hans Hertel is perhaps the most vocal of the Microwave Militia fringe group. He is quoted in virtually every book written on alternative foods or holistic health. A top-selling book on Amazon called Perfect Balance, by an author known simply as "Atreya", writes:

In spite of the political pressure, Hertel has continued his studies and won the support of many other scientists in Europe for his findings and methodology. Hertel concludes that microwaved food alters the blood chemistry of people who eat it. The manufacturing companies are trying to keep this information suppressed through court orders.

Dr. Hertel seems to have managed to gain this claimed following even without producing the most basic of information that prospective groupies should request: a specific, testable claim about what this change in blood chemistry might be; or a single victim. He is best known for his most publicized test. In 1989, he and seven fellow vegetarians confined themselves to a hotel and consumed only milk and vegetables, prepared in different ways, for two months. When he emerged, he announced his results: That microwave ovens cause cancer and degenerative diseases, despite no cases of cancer or illness among he or his group. His research, if you want to call it that, was never peer reviewed or published in any reputable journal, and yet it has become the foundational magnum opus of the anti-microwave agenda.

You'll also find that there are a large number of studies out finding changes to the nutritional content of food that has been microwaved, and the Microwave Militia loves to point to these. Chemical reactions happen whenever any food is cooked, so this has more to do with cooking than with the cooking method. Moreover, such changes are generally well below any perceptible threshold, and have always been found to be safe.

The Microwave Militia also makes claims such as microwave ovens are illegal in Russia or other parts of Europe. This is just a straight-up lie. Microwaves are perfectly legal in Russia and everywhere else in Europe. In fact I was not able to find a single country in the world that bans microwave ovens. They're regulated, of course, like all electric appliances; but regulation should not be mischaracterized as a ban.

So what's the sum total of our evidence? Billions of people have been eating microwaved food for decades, with no ill effects, and no plausible expectation of ill effects. The best evidence put forward by anti-microwave activists is based on shameless lies and irresponsibly bad science. Thus, a truly skeptical process leads us to the conclusion that there's nothing at all wrong with microwaving your food. However, I'm drinking coffee right now made from microwaved water, and it's entirely possible that this has caused profound mental aberration, and made me spout nonsense.

Get Reverse Magazine by Email!

Both 54 years young, we started Reverse Magazine for readers who want to stay young and healthy for a lifetime. So hang with us as we bring you anti-aging news, interviews & strategies. 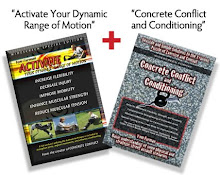